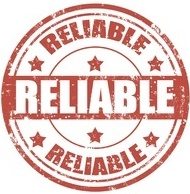 Yesterday I spent some time with a new customer of ours, a Fortune 500 communications company. They are essentially the network over which a variety of companies send their data across. These companies can be in manufacturing, shipping, utilities, retail or anything else you can imagine. As we were talking, they mentioned a major project they are undergoing – a complete replacement of their networking gear from core to edge. Three years, tens of millions of dollars, requires CEO sign-off.

“Why are you doing that?”, I asked. “Surely, that is a big and expensive project with many risks associated with it.”. The answer was one I’ve heard several times over the past few months: “We’re rolling out IoT and digitizing many of our operations and there’s no way our current network infrastructure can deliver on the bandwidth and reliability requirements put on us by IoT.”. While the bandwidth point is apparently a clear one, the reliability is one that was only made clear to me for the first time by another company I spoke with a few weeks ago: connected “things” send their data in a way similar to UDP packets. That means that if you miss a packet, it’s lost. No option for retransmission. No way to recover it. Its gone. The data will never come back.

That’s a very important point – it’s not only about bandwidth but more importantly about reliability. And we all know that while bandwidth can be obtained by adding more connections and bigger hardware, reliability is a whole other story. You need to up your game, run things with the accuracy they do at an Intel factory.

The litmus test for networks pre-IoT

So, if you’re on the networking or IT side of the house and the CEO is talking about digitizing the entire business, you should be worried if:

1. Services that are being digitized are critical to the company’s top and bottom lines.
2. You are relying on two-decades old, SNMP-based, network monitoring technology (like HP NNM, CA Spectrum, IBM Tivoli, SolarWinds Orion, etc.)
3. You have a shortage of networking talent or the talent you have isn’t experienced enough to run a network of this scale.

If you’ve answered YES to the above, it’s time to sit down and think long and hard what you’re going to do. Chances are, your current network won’t deliver and you’ll be blamed for slowing down the company’s business progress.